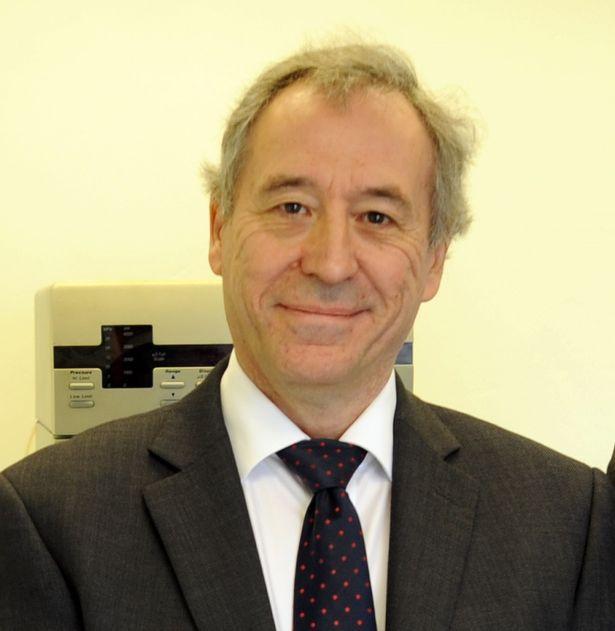 Jim's background is as a forensic scientist. In his career, he has worked for the Home Office, and the University of Derby, lecturing, advising and supporting in this field. He comes from a family of teachers, and understands the busyness of schools. Jim now runs The Retreat in Morley, which houses forensic science laboratories, and also investigates potential treatments for illnesses such as cancer. Jim is very interested in the science curriculum, and supports school by hosting our Easter Event, and our First Aid work with our older pupils. Jim has been a governor at Morley for 4 years, and became our Chair in October 2019.

Stuart is a parent governor. Coming from a family of teachers, he has also coached sports to children of all ages.  Stuart owns a photography business in Nottingham, and has given photography lessons to the children as well arranging an end of term exhibition of their work. He will be contributing to the development of the Curriculum and the schools ArtsMark Programme. His daughter, Ginny is currently in Class 3 of Morley Primary School

Kate Marsland has been Headteacher of Morley Primary School for 14 years. Originally from West Yorkshire, where she taught for over 20 years in both city and more rural schools, she moved to Derbyshire in 2007 to take on the role, and to be nearer to her younger sister who had been ill. Kate has taught every year group in primary education, and particularly loves those days in school where she can get into class and work with the children. The teaching side is the part she likes best. Her favourite subjects are history, environment/citizenship/PSHCE, music, maths and English. She prefers not to have to cover anyone’s art lessons as the children are well aware of her skills in this area!

Kate works part time as a Local Authority advisor. She is also a National Leader in Education, and sits on the Executive Board of Potentia Teaching School Hub, for which Morley is the Lead School. All of these roles bring additional funding into school which supports the children’s learning. She also serves on the Executive Board of the National Association of Headteachers, and with the Skylark small schools cluster.

Kate has served on 3 different governing bodies in various roles. She quite enjoys number crunching, but prefers to be outside with the children. Kate is incredibly proud of the children and staff of Morley Primary, and is honoured to serve as their Headteacher.

Tony is the Deputy Head at Morley Primary School.  He joined the school in January 2010 and teaches Class 3 - Year 5 and 6 children.  Tony leads on English, music, and the use of technology in school which has seen the introduction of 1 to 1 iPads within Class 3 and significant numbers of iPads in all classes.  Having worked closely with Apple over the previous eight years, the technology is an important aspect in Tony’s lessons.  Tony is also a musician and teaches the children to play the ukulele.  He loves staging our Christmas and end of year shows - The Lion King still being his favourite.  Tony also leads the reading development in school and over the past few years, redesigned our reading curriculum by creating a new programme called ASPIRE which has supported in producing wonderful SATS results for the children leaving Morley in Year 6.  Tony has developed our school’s curriculum which ensures it is tailored to our children.  Tony has been a governor since March 2020.

Chris is an ex primary teacher, working for some time at one of our neighbouring schools. Chris is a Co-opted Governor, being appointed by the Governing Body due to her involvement with the local community, and in particular, with our local Church. Chris is involved with the PCC at St Matthew’s Church in Morley. Her background is in safeguarding, and she supports the governors with SEN and Early Years.

Sam is one of our Parent Governors.  Morley is very close to Sam’s heart, her parents live in Morley and have done for 35 years, she married her husband at St Matthew’s Church, Morley in 2012 and both their children attend our school. George is now in Year 6 and Jessica has just joined us, in Reception.  The bulk of Sam’s career has been spent in the Hospitality and Events sector, working within the hotel industry and later moving into event management, overseeing large scale live events.  Sam now works full time for East Midlands Railway, but is also Morley Primary’s Caretaker, keeping school clean and safe for us all.