After school activities this half term.

After school Quidditch for Class 3 is on Thursdays on the school playground (see our Quidditch page for more information).

Our whole school events, such as our termly fun runs, are featured on the Events gallery page. 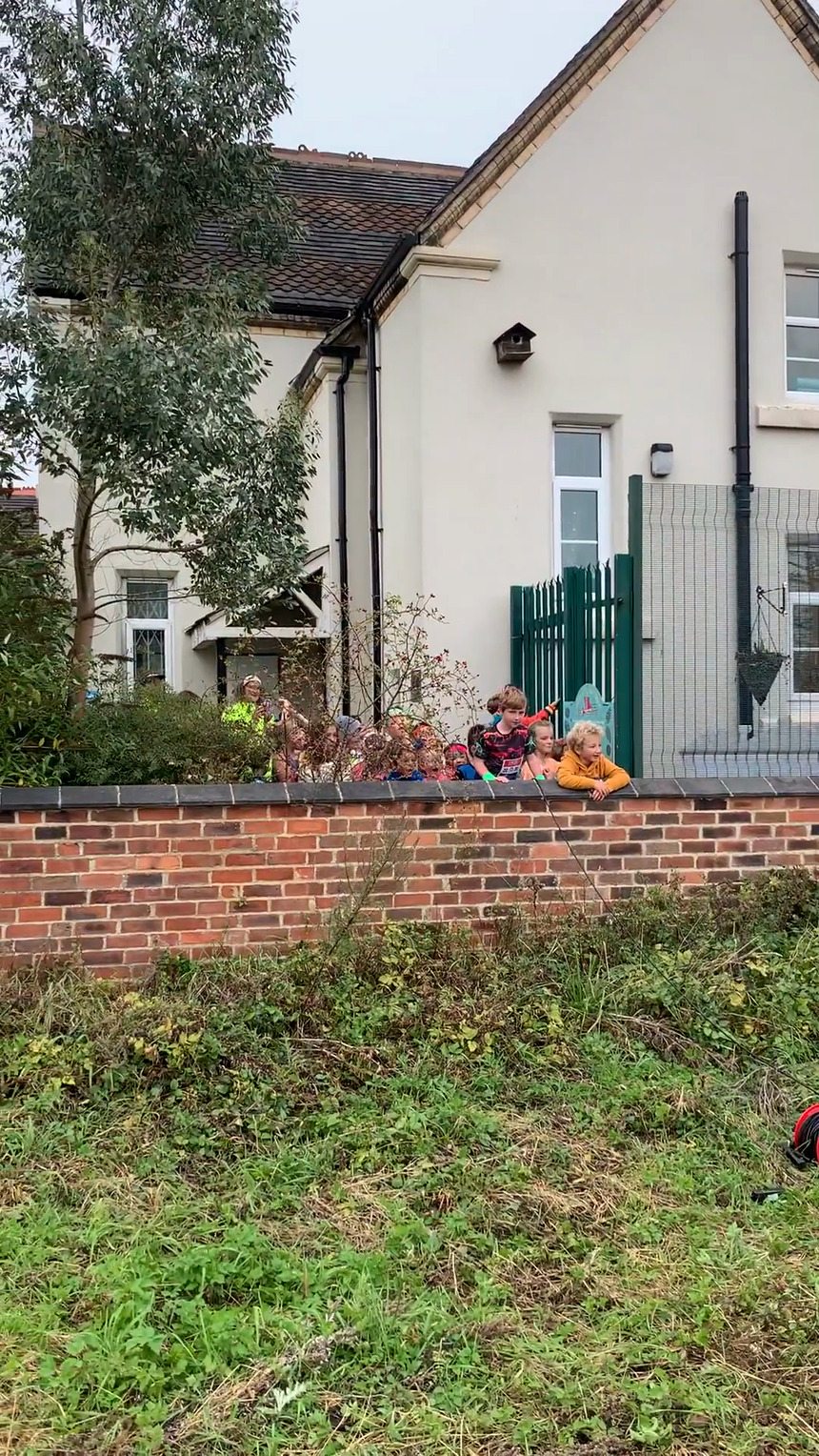 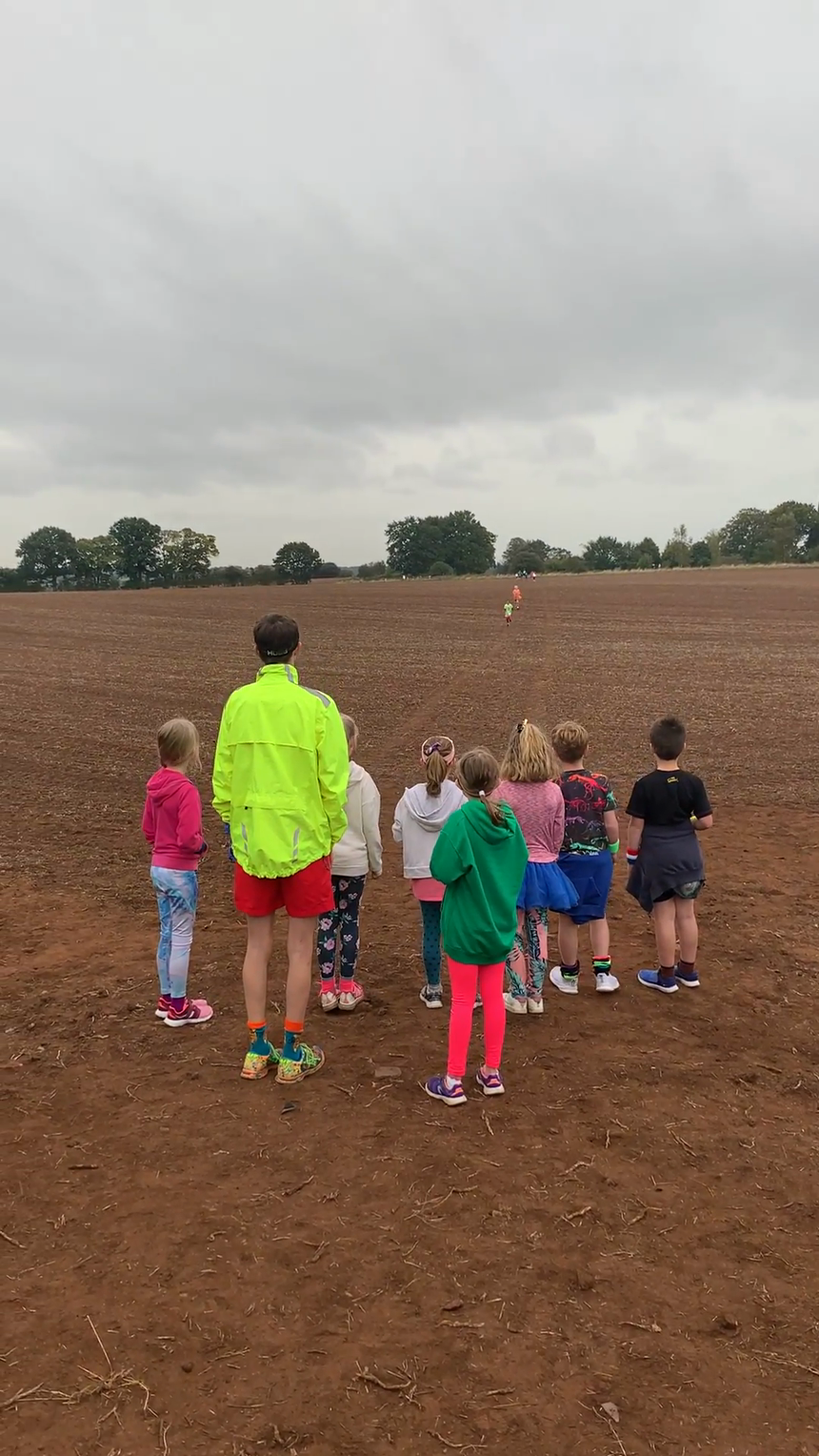 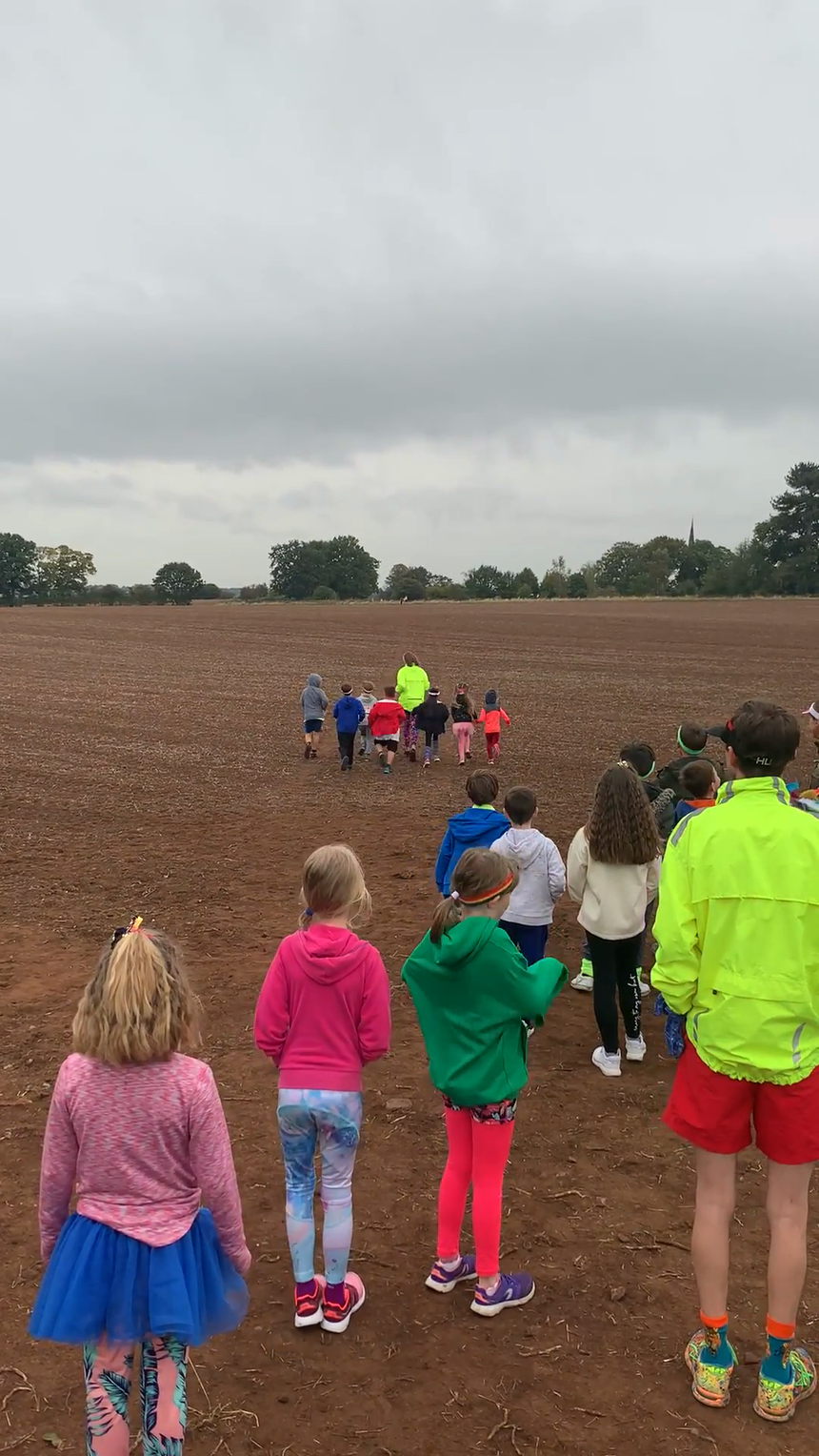 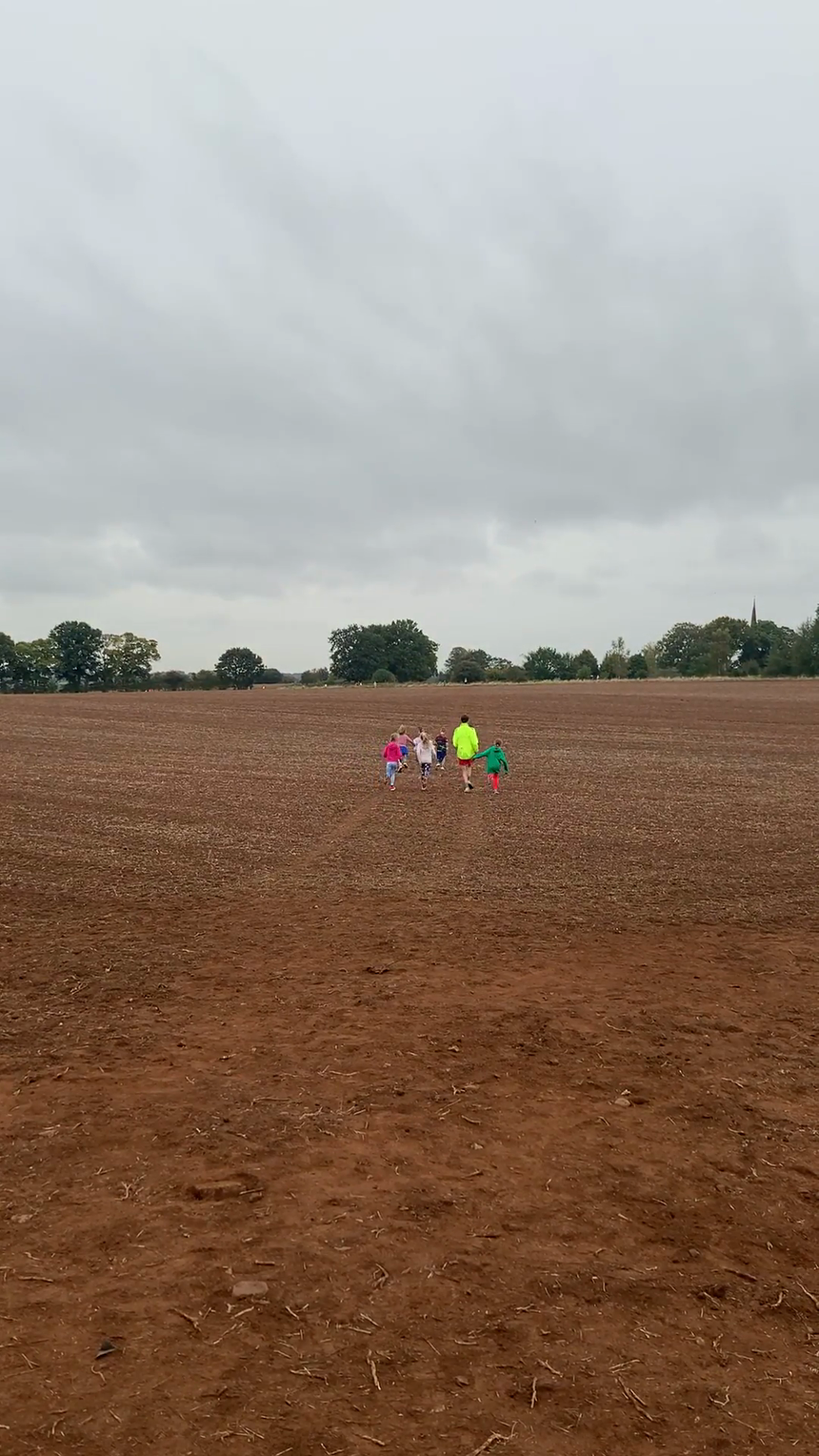 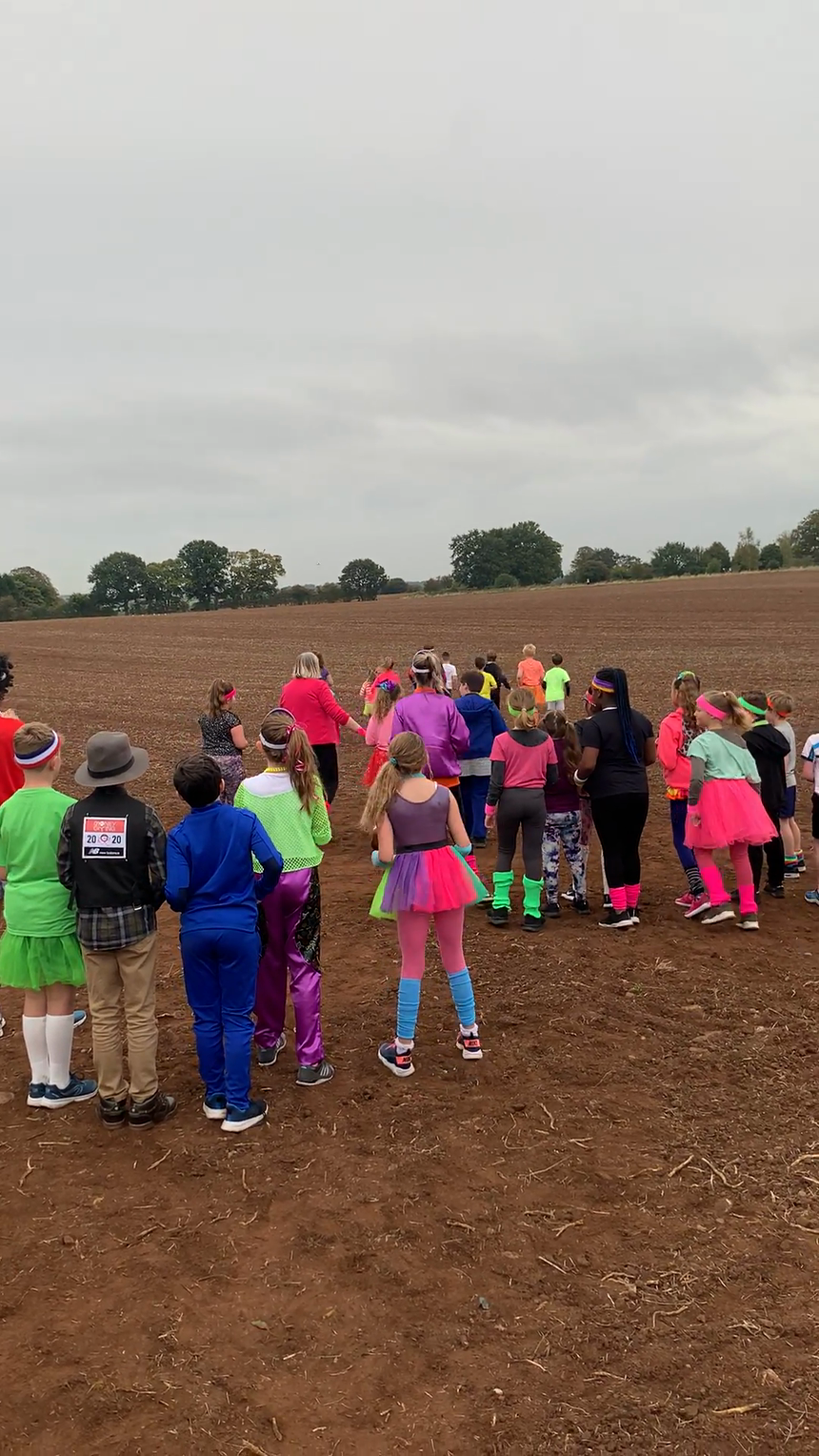 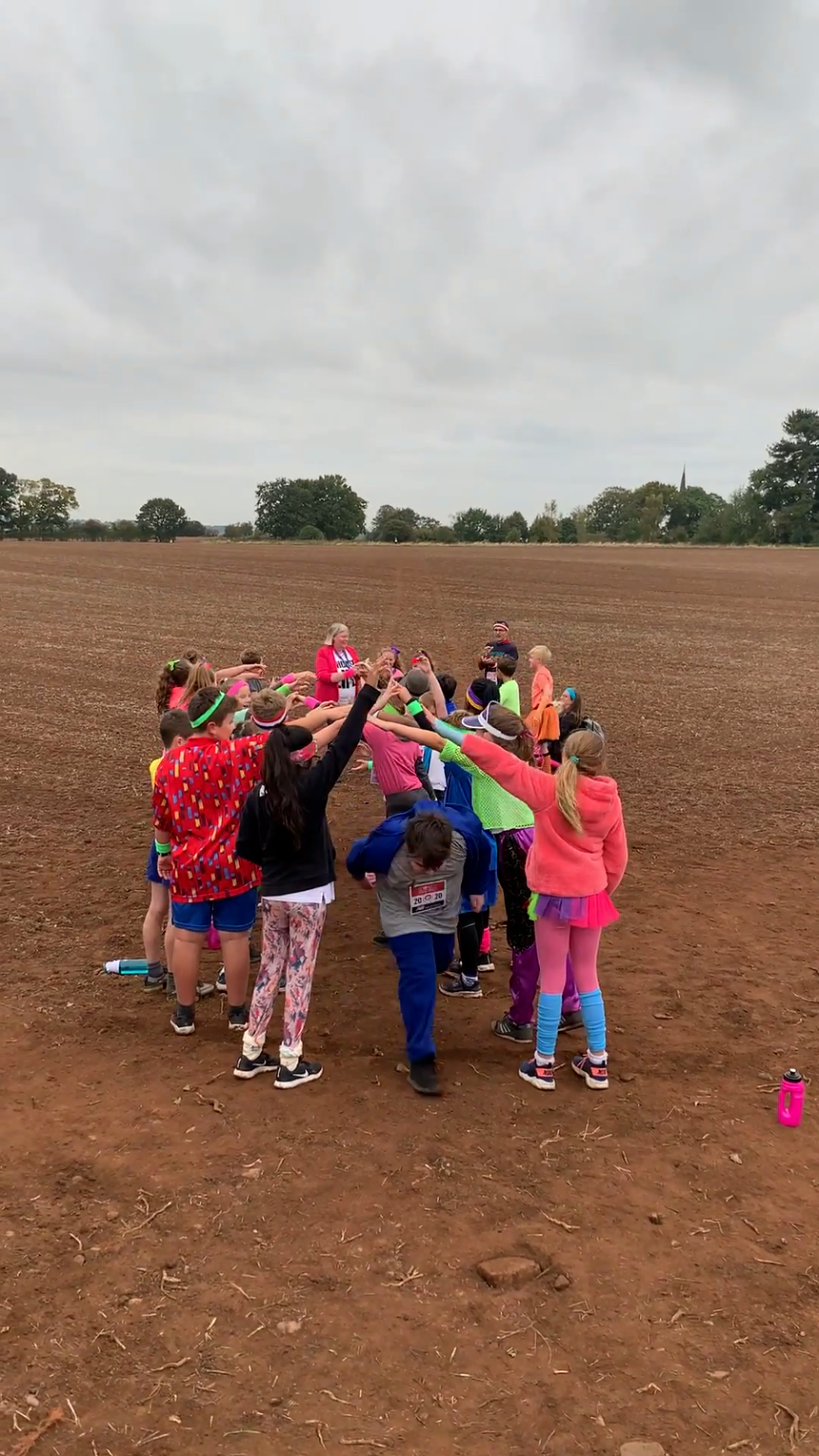 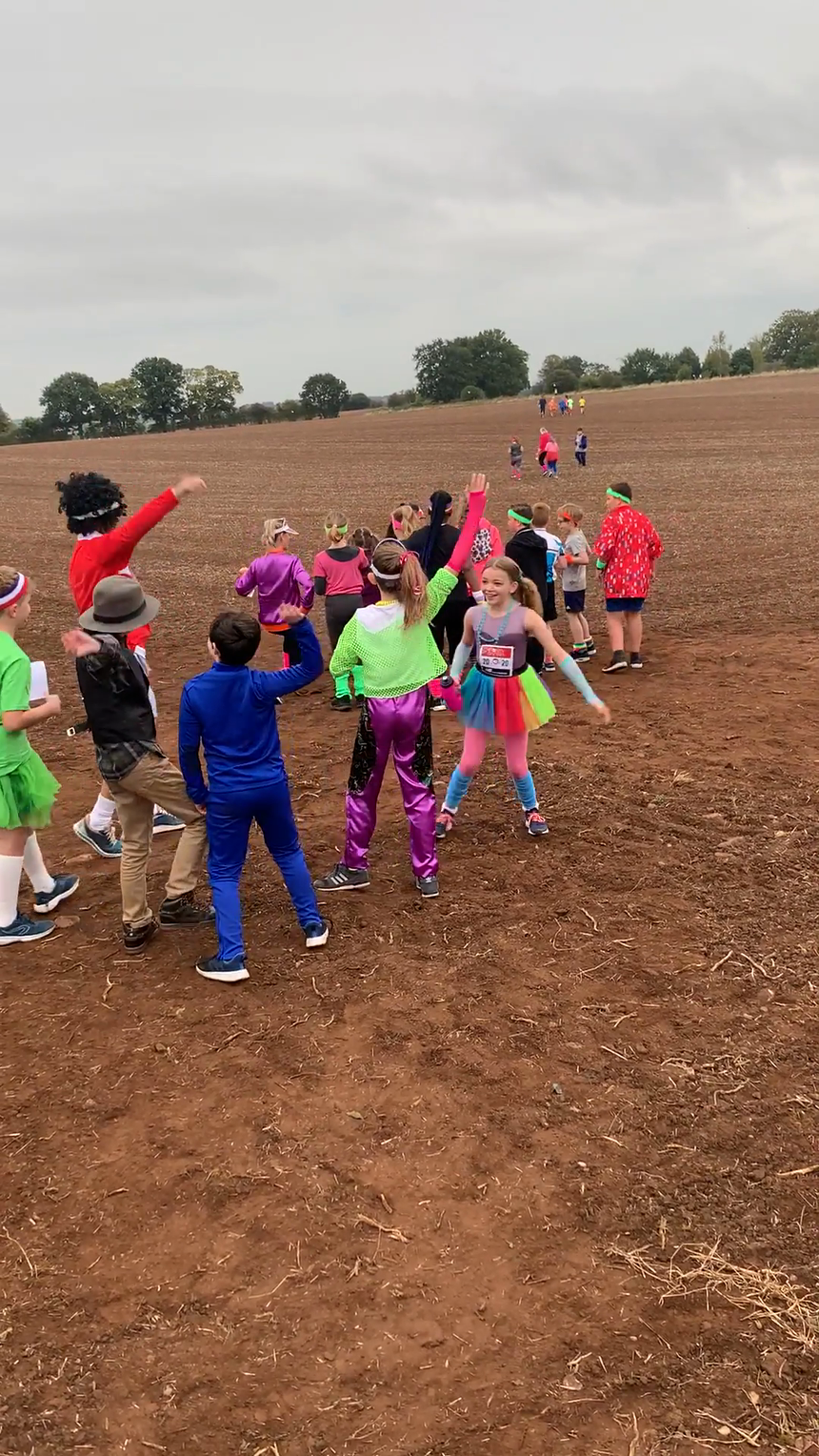 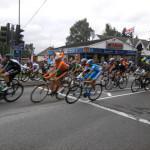 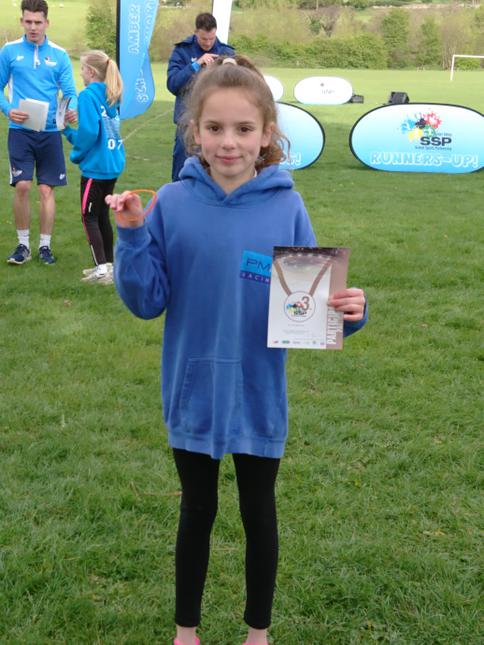 Our cross country teams took part in an area schools' competition at Eyes Meadow, Duffield recently. 15 pupils represented our school: Oliver T, William, Charlie, Izzie, Ciaran, Paddy, Alfie H, Russell, Henry, Dominic, Kitija, Hannah, Freya, Nellie and Molly. Everyone did very well, competing with around 100 competitors, in each race, from other schools, most of which are much bigger than Morley. Of particular note were Henry and Freya, both of whom achieved 32 place in their age group, Hannah who came in 25th position, and Molly who gained the bronze medal for her race.  Congratulations and well done to you all.  A big thank you to Mrs Rhodes for taking you.

Molly with her 3rd place award. 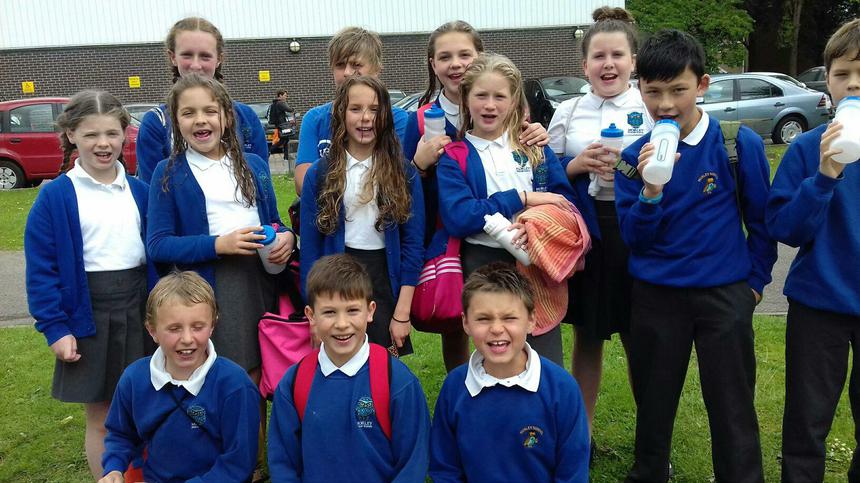 Our Y5 and 6 swimming team (and a couple of Class 2 girls 'swimming up') took part in a swimming gala at Belper Pool on 12th June. Everyone swam well, in particular the girls' teams. Special mention to the girls' relay team who won their race, to Freya, Molly and Hannah, who came 1st, 2nd and 3rd in their races, and to Megan who won the Y5 girls' heat, even though she was swimming up from Y4.  Congratulations all of you.
Hannah, Amelia, Freya, Alice, Isabella and Harriet took part in the Heanor Dance Forum in July. All the girls participated to a very high standard. Below are some photos and video clips of them in action. 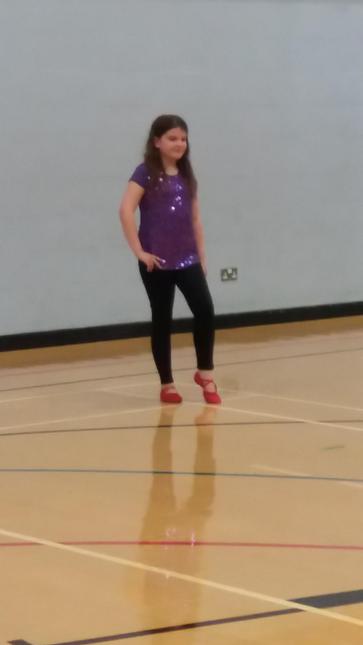 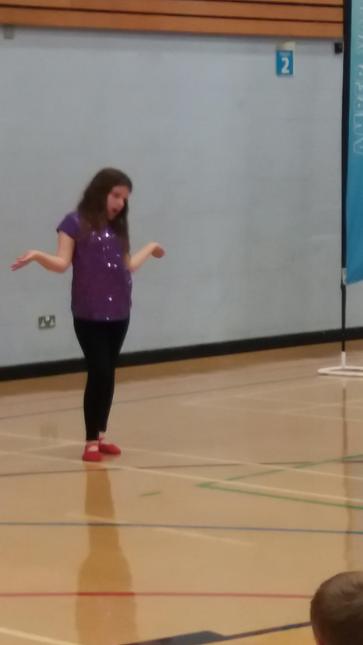 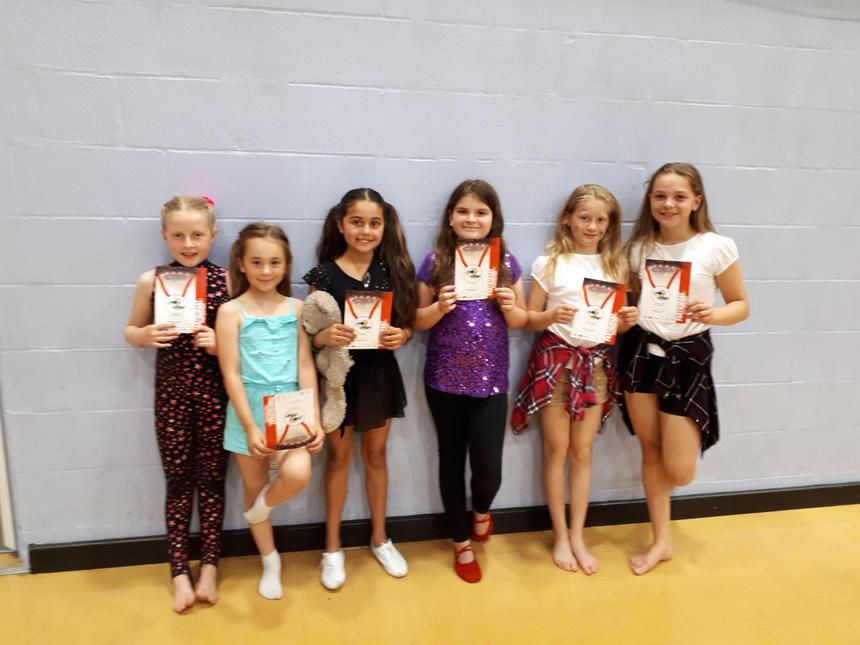 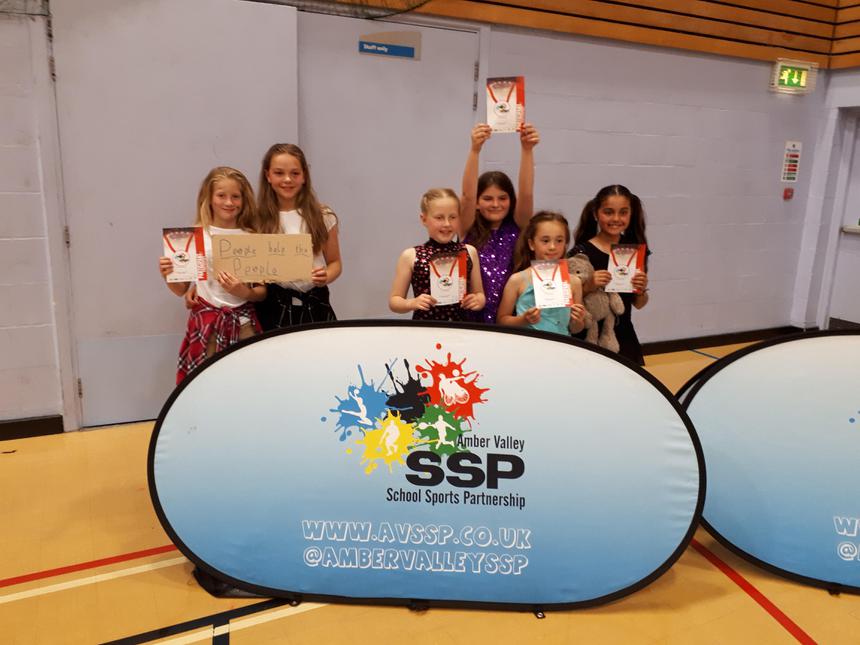 Amelia's dance to 'A Star is Born'

Hannah and Freya with 'People Help the People'

Isabella tells the story of a young girl in 'The Dollhouse'

Hannah showing just how super bendy she is! 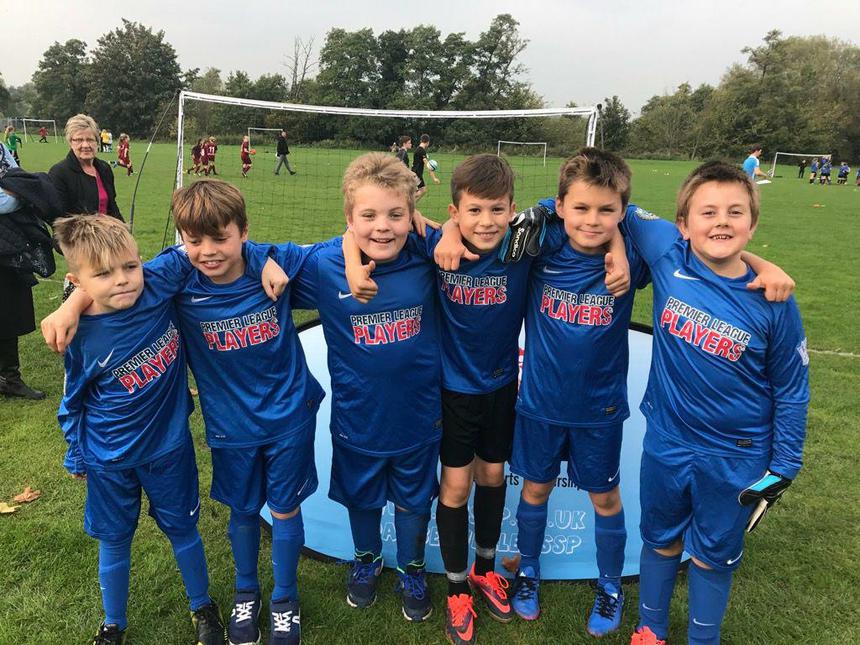 A group of Class 2 and 3 took part in the Brownlee Triathlon at Woodlands School. The children had a wonderful day experiencing a triathlon in a day (unlike our Summer 4 week one!) The squad is pictured here with Jonny Brownlee himself.

Our KS1 sports stars who recently attended the Sportshall athletics competition with Mrs Rhodes. Everyone had a great time and behaviour was excellent. Well done, everyone. 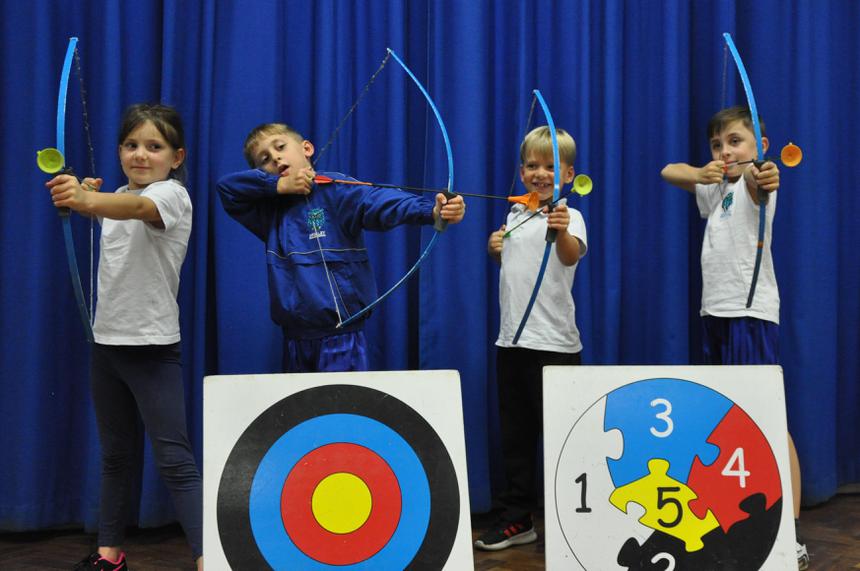 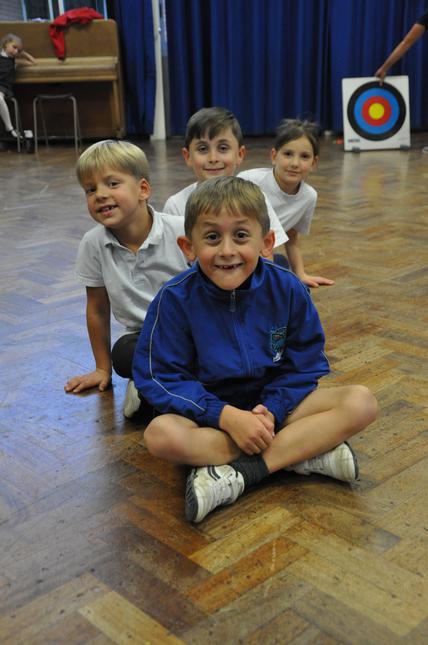 Natalia, Hubert, Thomas and Charlie took part in the archery competition at Kilburn Juniors. They represented the school brilliantly and enjoyed using their new archery skills. Well done to all of you. 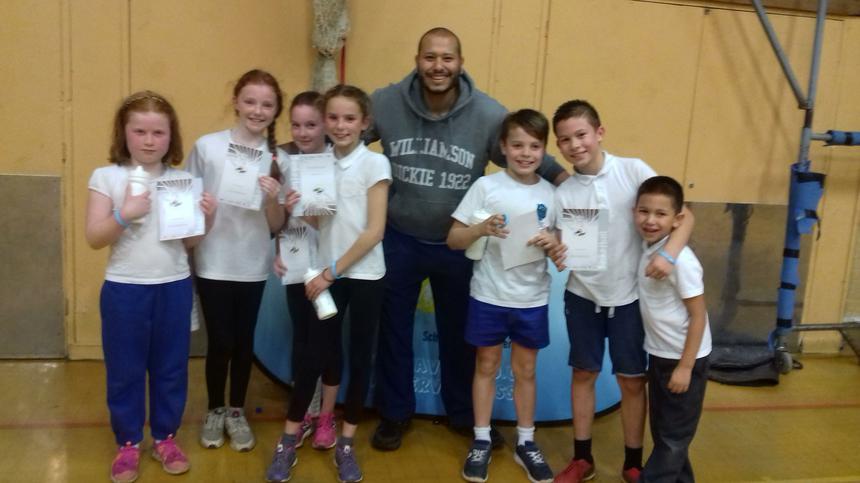 Our basketball team recently took part in an inter-schools tournament. Thanks to the efforts of our coach, the team gained a wonderful second place! Well done, everyone, and thank you, Coach!

Well done to Russell, Ciaran, Alfie, Alfie, Matty, Oliver and Ted who took part in the Y5/6 football competition recently. Although they didn't reach the final, they played very well and Mrs Rhodes said were a pleasure to take out. Excellent effort, boys.
Top