Although we are a small school, we take part in as many sporting opportunities as we can.  Many pupils also belong to sports clubs and take part in a wide variety of sports out of school.  Here we highlight some of their achievements. 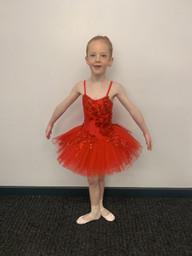 Chloe recently took part in both ballet and modern 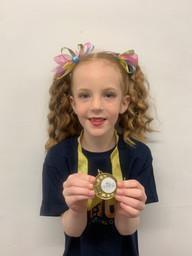 dance competitions, where she won the gold medal each time! Well done, Chloe. She brought her medals in to show us in assembly. That's a fantastic achievement, Chloe, we are very proud of you. 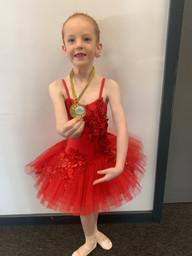 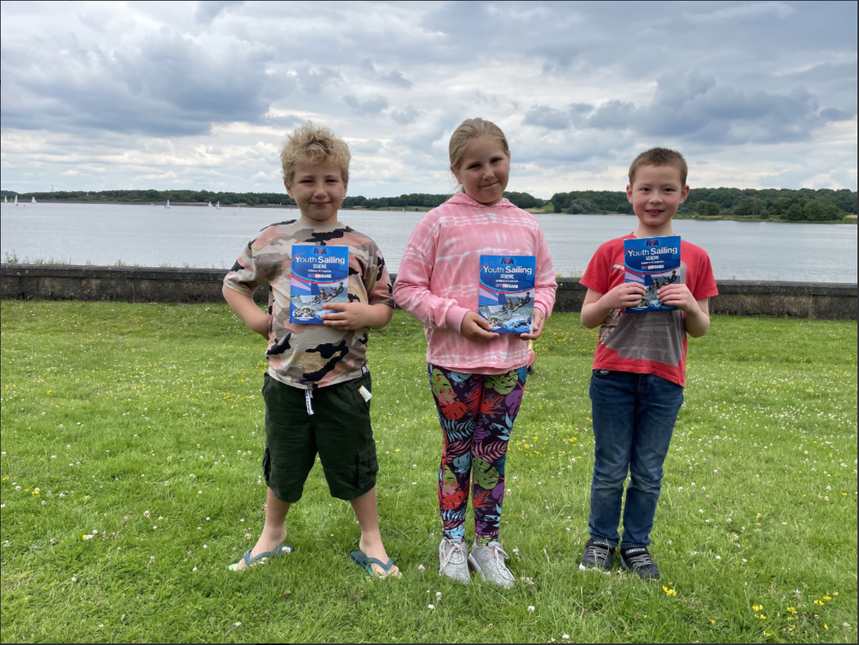 A fabulous achievement from Harriet, Jack and George who have all completed their level 1 sailing proficiency assessments recently. Well done to you all.

Ada is pictured with her Angelfish 2 swimming certificate. To pass Angelfish 2, as well as swimming lengths on her front and back, she had to tread water whilst turning through 360 degrees, do a forwards somersault under water and swim underwater for 5m.  Well done, Ada!

Harriet and Madeleine have enjoyed developing their skiing prowess

on a week's French ski school.

Harriet's Mum and Dad are very proud of her receiving her 2e étoile level 2* badge from Enzo her ski instructor which she gained on completing a week of French ski school (ESF) this half term holiday in La Tania in the French Alpes. Most of the other children in her class/ group were 2 years older than her. Harriet's Mum says 'She really seems to have excelled at skiing for her age at 5 and a half years old!'

Madeleine's award is her first ski award as this was her first experience. Her Mum says

"Madeleine also earned herself a ESF Ski School Wolf Piou Piou award on the slopes of France. Her Mum says 'Madeleine did fantastically well and we're both so proud of her and her sister's progress last week. it was only Madeleine's first week on skis but she learned control and how to navigate turns on the slopes. She was fearless at the end of the week wanting to race us all down the mountain. She's already looking forward to her next ski trip"

This is what Harriet had to do to receive the badge:

2 ND STAR - Series of around ten perfect elementary turns over a suitable marked out course on a moderately steep slope. Basic direct line passing over hollows and bumps.

George was delighted to receive a merit award with a certificate and trophy, following his recent coaching course. He has improved and developed in all aspects of the game. Well done, George. Great achievement.

Marilena took part in her first gymnastics competition on Sunday,

where she won the silver and bronze medal in the girls 9+ category. A very excited and happy Marilena asked her Mum to pass the good news on, so that she could share it with us. Fantastic achievement, Marilena!

Festival this weekend. Well done to all of you.

William is delighted to have earned his black belt recently. William

brought the belt and certificate into school to show us, and tell us about. Well done on your achievement, William.  He is pictured with his award, and also with his coach.

Harriet has spent most weekends recently competing in a wide range of horse shows and country fairs. Harriet works as a Rent a Jock for 3 different stables and travels to Scotland, Herefordshire, Norfolk and Gloucestershire as well as destinations nearer home. She has won many medals, rosettes and certificates. Well done, Harriet. We look forward to seeing your name in lights in the future! 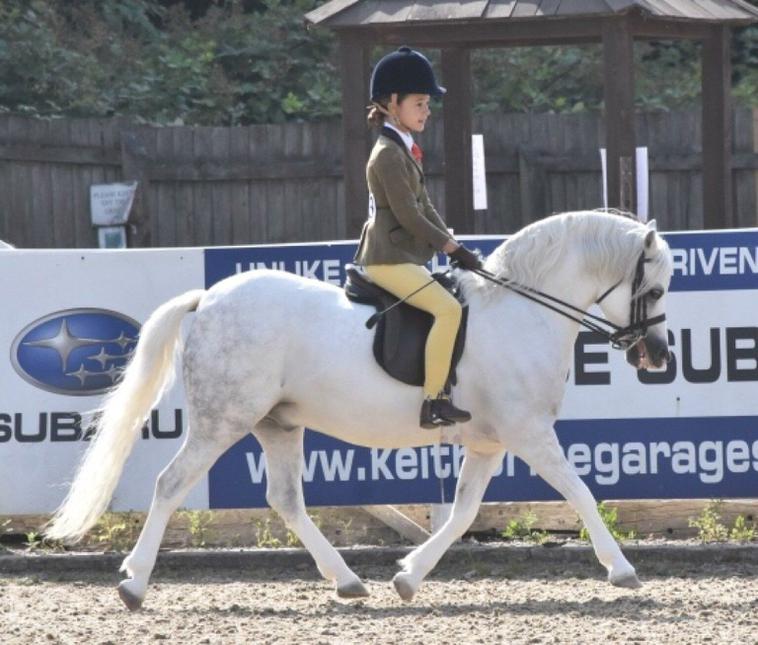 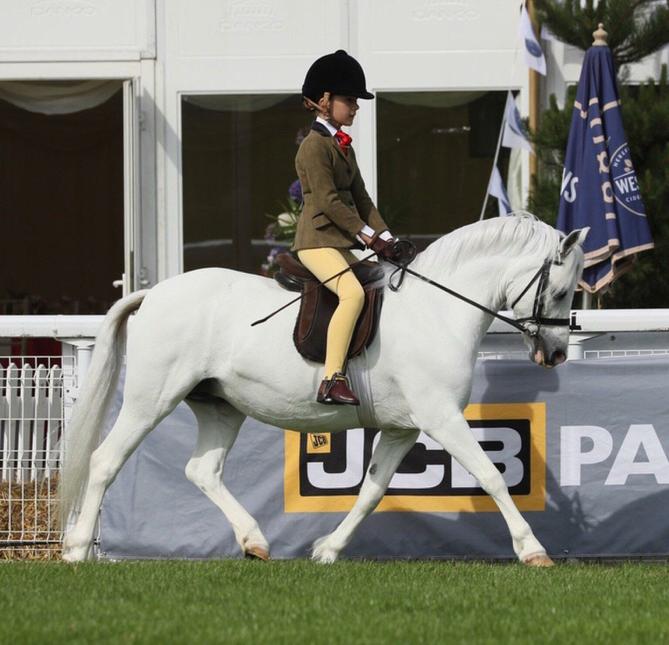 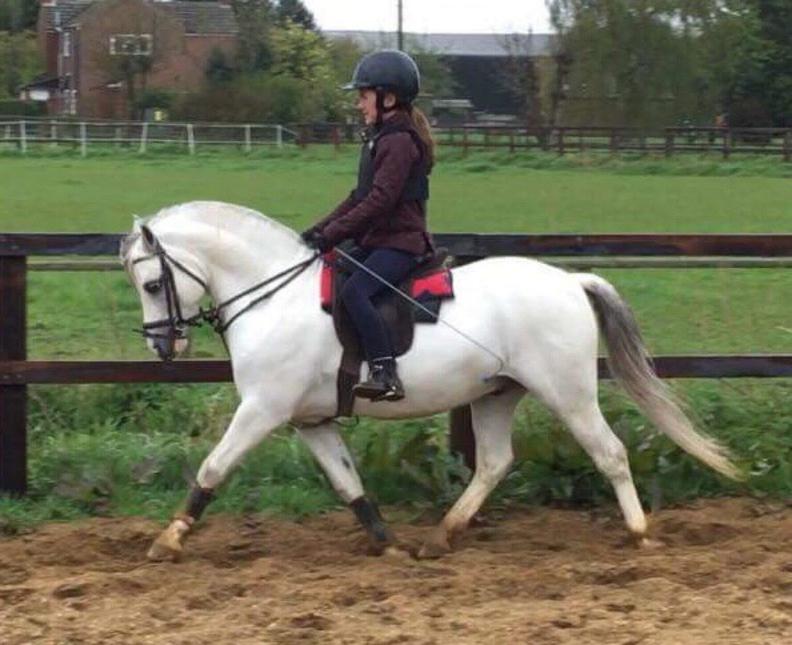 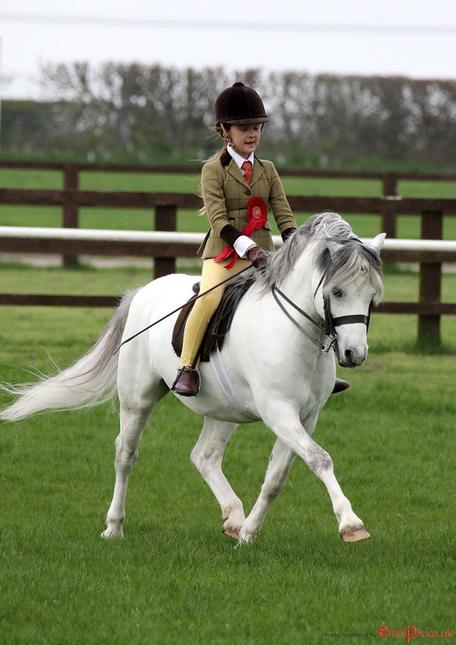 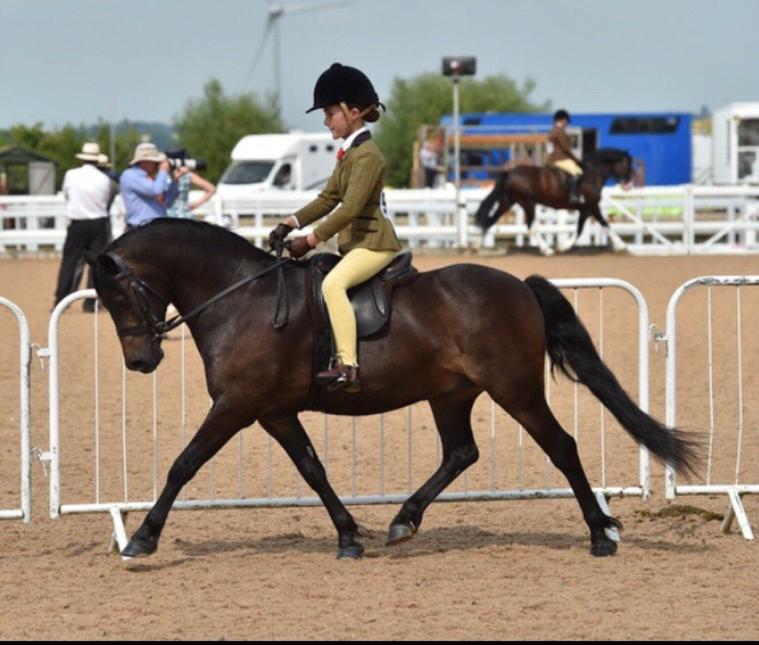 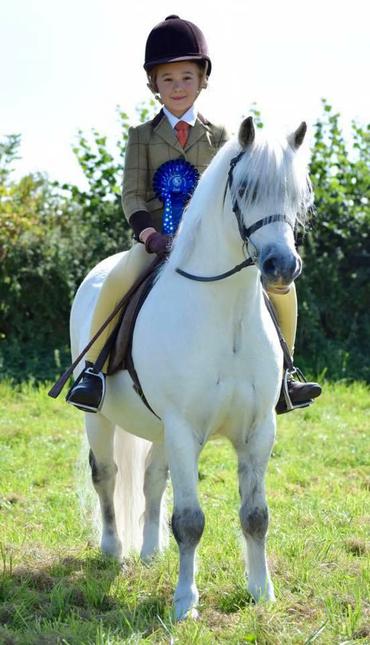 Ozzy and Noah were in Blackpool last weekend taking part in the British BMX Championships for the Midlands squad. They both worked incredibly hard and were very well placed: Ozzy came in the top 5 in all his races until he was knocked out just before the quarter finals, and Noah making it to the quarter finals before he too was knocked out. We're all very proud of you both. Well done. 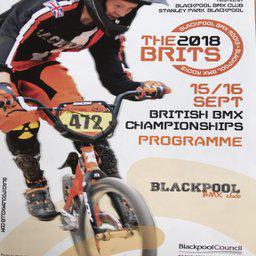 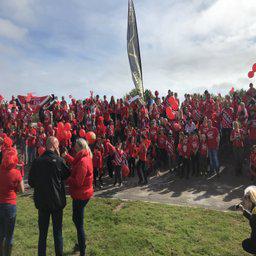 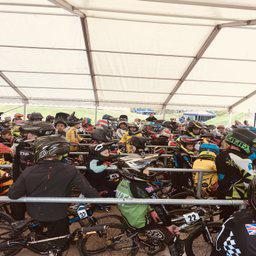 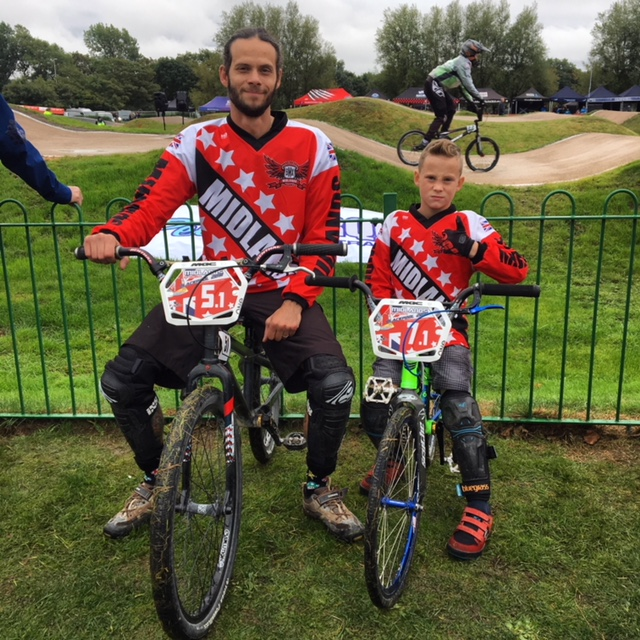 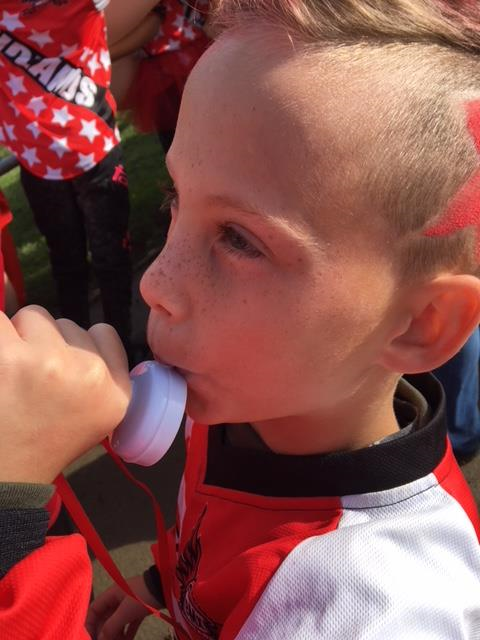 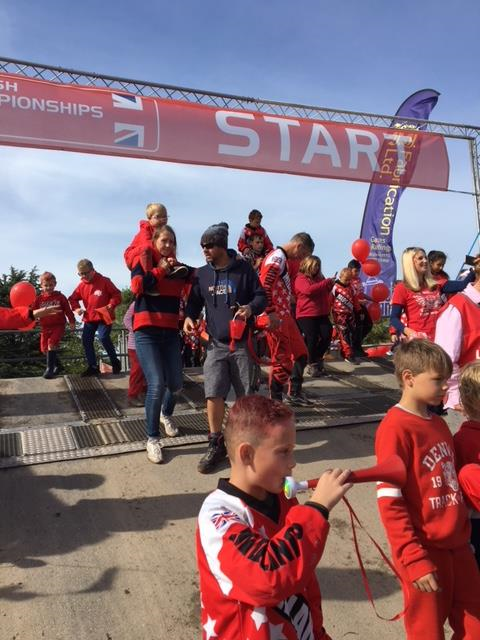 Harriet's Mum has sent us the news that Harriet has qualified for this year's Horse of the Year Show, which will take place in October. We will be watching, Harriet! The very best of luck from us all.

Ozzy's dad has sent a picture of Ozzy receiving his trophy after gaining 7th position in the whole of the Midlands this year for his BMX achievements. Wonderful, Ozzy.

Noah and Ozzy have both been competing this Summer. They had both worked hard at competitions during the year, and qualified for the Nationals, which is a fabulous achievement. Ozzy rode well, and almost reached the last 8.

Noah not only reached the last 8, but came a stunning third overall. Here he is with his bronze trophy. Fantastic achievement, Noah, and well done, both of you.

Some photos of Noah and Ozzy in competition mode and with recent trophies. 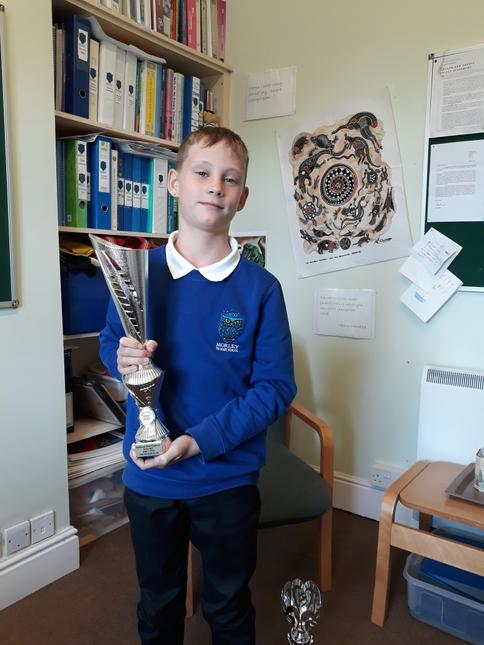 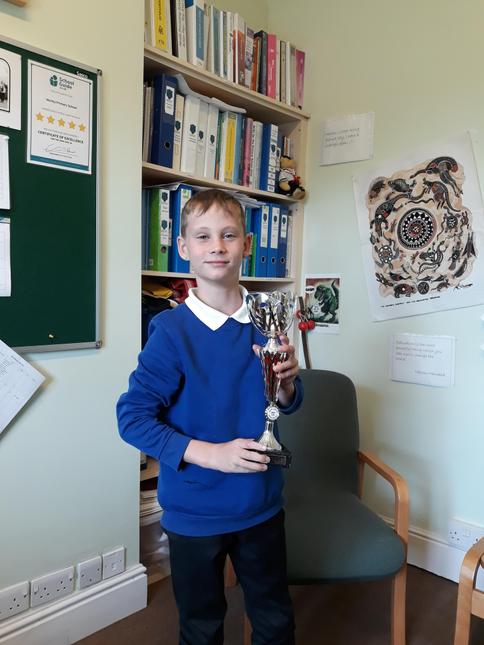 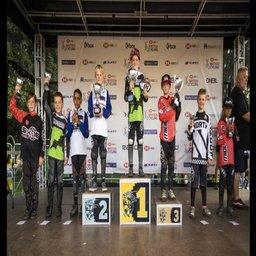 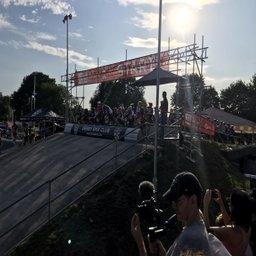 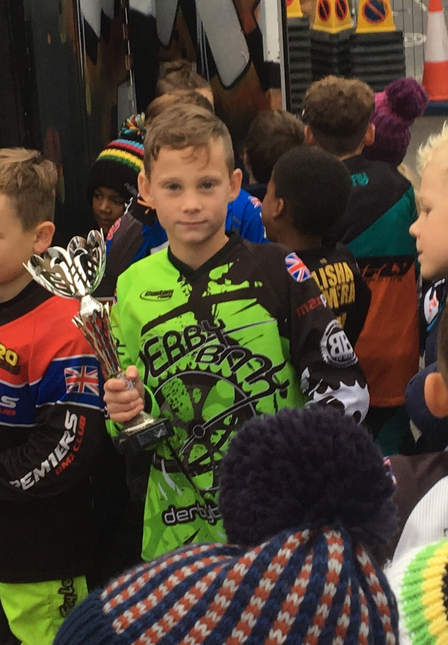