Madeleine has written a story for the BBC Radio 500 words competition. She has received this lovely certificate, and her story is entered into the competition. Her mum says there is still time yet for others to enter too, if they wish, as she thinks the closing date is towards the end of February. Apparently, there are some fabulous prizes for school for anyone who is lucky enough to do really well! Here is the link to the competition:

We will publish Madeleine's story (and anyone else's who enters the competition) once the closing date has passed.  Good luck! 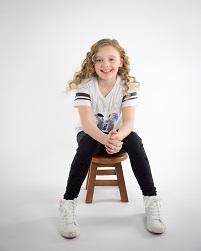 A huge huge congratulations to Daisy, who has been selected to play ‘Annie’ at the Repton 400 Theatre in April. What a fantastic achievement. And very exciting. Aoife is this year's winner of the Vince Kirkham Award, given in memory of our caretaker 'Mr Vince' who we sadly lost a few years ago. Mr Vince loved nature, and supported the children in the garden and environmental area. Each year the award is given in his name to a pupil who has given their time to developing the things he loved. Aoife follows Molly, Lucy, Olivia, and Dominic. 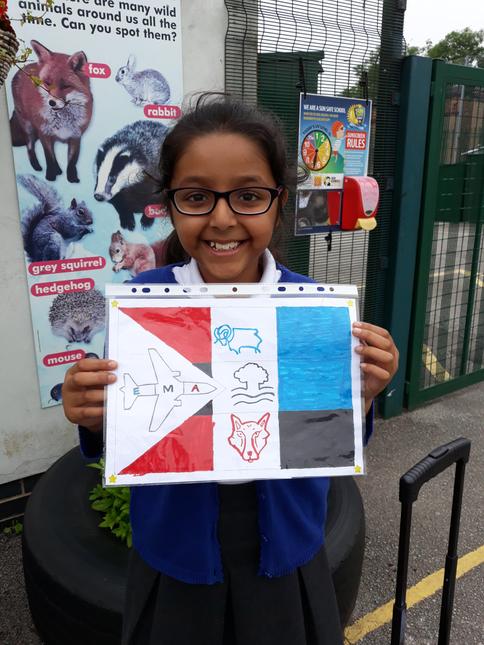 Congratulations to Aniya, whose flag design was chosen to represent our school in the East Midlands Airport Flag Competition. Unfortunately, it didn't make the final, but we think it would make an excellent flag!

Isabella and Kitija appeared in Ripley Academy of Dance's production Wonderland of Dance this week at Mansfield Theatre.  The girls have worked hard, particularly Isabella during half term (Kitija was away), to learn the routines and put the show together. Very well done, Kitija and Isabella.

Here is Isabella ready for her performance.

sabella has taken part in filming for a new production starring Rob Brydon. Isabella, along with others from her drama school, was filming a school swimming scene. Her mum says she has worked really hard  to be chosen for the part. Great work, Isabella. Well done.

Isabella has been cast in the 4th Nativity film to be released next Christmas. She has been filming in Leicester in real snow!